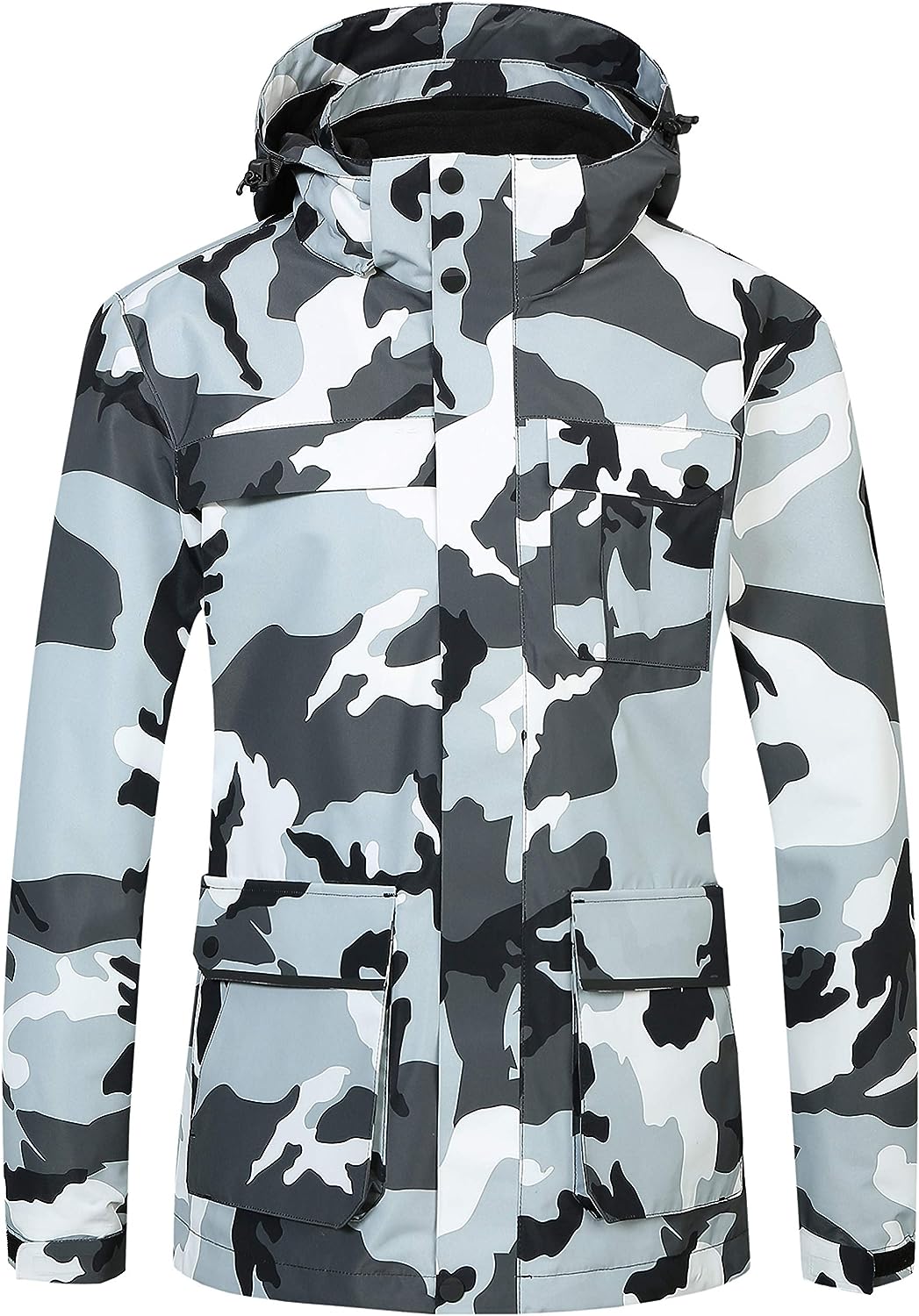 1. Is the ski jacket detachable?

A: Yes it's a detachable 3-in-1 windbreaker hooded ski jacket.

A: It is fleece that gather the heat to keep you dry and warm.

3. Is the outer shell waterproof?

A: Yes, the surface shell fabric is 100% polyester, which is waterproof, windproof, durable and stain repellent.